The building blocks of every circuit are current and voltage: the first measures the number of electrons passing a section of conductor in unit of time, the unit of measure is the Ampere and it's indicated with ; the voltage is the difference of potential between two pieces of conductor and should generate a flow of current; its unit of measure is the Volt indicated with .

The power consumption of a circuit is given by

It's the kind of wire used also for inductor coils. 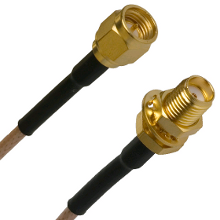 It's the basic component of electronics and it's indicated by the letter.

A particular type of resistence are the polyfuse that changes its value based on the current traversing it (first usage is overcurrent protection).

Be aware that this solution it's not ideal, you should use an NPN transistor in configuration emitter follower.

This is another kind of component that is ancient: tipically consists of two plane near each other that accumulate electric charge.

The main formula is

There are different kind of capacitors, ceramic and electrolytic, each with pros and cons.

For example ceramic capacitors depends on voltage, but Electrolytics are 'bulk' capacitors, used for high values to hold up DC buses. Their parasistics make them unsuitable for filtering high frequencies.

The codes below are generally found on ceramic (little round discs) and mylar (chicklet) capacitors, which are not polarized, that is, there are no positive and negative leads (source).

The general code is XXY, where

Here a complete PDF with all the codes.

A standard practice for electronic circuits is to add decoupling capacitors to reduce spikes and noise from power supplies and logic lines.

They have two main aims:

The values of the capacitors depend on the frequencies of the AC components. Each capacitor has its own frequency response determined by its resistance and Equivalent Series Inductance (ESL) that is tuned to a range of frequencies. For example, to filter low frequencies you need a larger capacitor. As a rule, a capacitor of 0.1-1µF suffices for the mid-range frequencies, if you have slow fluctuations, you may choose around 1-10µF and for high-frequency noise you can use 0.001-0.1µF capacitors. You can also use any combination of bypass capacitors to remove a wider range of frequencies. For chips that drive a lot of current, you may put 10 µF - 100 µF capacitors to work as buffers. If the value of the capacitor allows, use monolithic ceramic capacitors because they are small and cheap.

The unit of measure is the Henry composed by

A radio-frequency choke (RFC) is used in the collector circuit to provide a high reactance (ideally open circuit) at the frequency of oscillation, ( ƒr ) and a low resistance at DC to help start the oscillations.

Electrical impedance is the measure of the opposition that a circuit presents to a current when a voltage is applied.

For a DC circuit it coincides with the resistance, for an AC circuit is a complex number that takes into account the inductance and capacitance effects.

The analytical form for each type of components is the following:

There are several codes related to this passive element (see wikipedia)

They are sound devices, activated by electromagnetic effects; they have some frequencies that are more loud than other, you have to see their response curve like this one

A code sample in an Arduino is